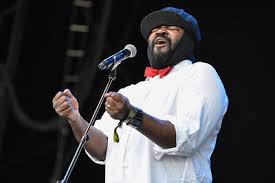 An all-jazz residential UK festival – who’d have predicted it?

Spread over an idyllic estate in Glynde, rural East Sussex, Love Supreme’s USP was a wholesale celebration of the music’s huge range, from straightahead to avant-garde, and it certainly delivered on that score.

Jazz’s liberation from the club and concert hall also seemed to liberate audiences; GoGo Penguin, Matthew Lee, Portico Quartet and Snarky Puppy drew large, enthusiastic crowds that were as youthful as the artists.

The Main Stage challenged artists and sound crew alike; Gregory Porter’s beautiful baritone got over but his band sounded brittle despite Herculean soloing from Yosuke Sato (echoes of Gonsalves at Newport?). Soweto Kinch charmed with his adventurous spirit as usual while Bryan Ferry’s appearance was either the bravest or most baffling career reinvention by a major ‘pop’ artist in recent memory.

Esperanza Spalding’s complex, sometimes convoluted fusion of neo-soul, jazz and funk didn’t quite cut through but, in the Big Top, Courtney Pine played perfect festival music to a feverish crowd, drawing on calypso and soca and making a sound strangely reminiscent of Ornette Coleman’s Prime Time with its chattering rhythm guitars and tropical vibes.

But the event’s crowning achievement was positioning jazz as a young, vibrant music. If even just a few of the nippers running around got into the music and passed it on, the future’s bright.