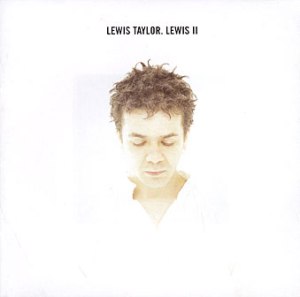 Soul music has a pretty rich tradition of ‘one-man bands’, musicians who have chosen to play the lion’s share of the instruments themselves thanks to liberal use of studio multi-tracking.

Sly Stone locked himself into his Bel Air studio and produced and performed much of There’s A Riot Goin On with occasional assistance from assorted members of The Family Stone, Billy Preston and Bobby Womack.

Stevie Wonder pushed the envelope significantly with his adventures in overdubbing on masterpieces such as Innervisions and Talking Book. Shuggie Otis cut out the middle man and laid down most of the tracks for 1974’s Inspiration Information by himself, while Prince holed up in Sunset Sound Studios in the mid-‘80s to almost singlehandedly produce 1999, Around The World In A Day and Sign O’ The Times. D’Angelo kept the tradition alive in the ‘90s and 2000s with the incredible Brown Sugar and Voodoo. 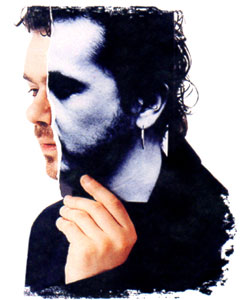 But in recent times, surely the most remarkable recipient of the studio tan is North London’s own Lewis Taylor, the wackily-talented singer and multi-instrumentalist who stunned the music world with his classic 1996 debut CD on Island Records. The album was recorded on digital reel-to-reel machines in his tiny Wood Green flat under the influence of Trouble Man and Bitches Brew.

But who was this gifted 30-year-old who had seemingly appeared from nowhere? It transpired that the ex-greengrocer had been playing guitar with psychedelic lunatics The Edgar Broughton Band for the past ten years or so but beyond that not much was known.

Critics compared Taylor’s singing to Marvin Gaye and legend has it that Leon Ware wept upon hearing the album. Rumours abounded that Elton John, David Bowie, Daryl Hall, Paul Weller and D’Angelo were queuing up to work with him. Though never a big seller, the debut influenced legions of musicians and songwriters looking for a viable way to fuse soul, R’n’B and rock. And it spawned three near-hit singles, ‘Lucky’, ‘Whatever’ and ‘Bittersweet’ and left the industry eager for a follow-up.

But after a short tour and a well-received spot on ‘Later…With Jools Holland’, Taylor promptly disappeared. Shaken by his record label’s urging for him to deliver the Jamiroquai/Brand New Heavies-style megahit that had so far eluded him, he speedily recorded a lo-fi follow-up (finally released in 2005 as The Lost Album) that eschewed the Marvin and Miles influences and broke out the Boston, Lindsey Buckingham and Todd Rundgren.

But either Island or Taylor himself pulled out of releasing it at the last minute (at a 2000 Hanover Grand show, Taylor enigmatically told the audience, ‘Sorry I’ve been away a long time, but we know whose fault that is, don’t we?’), Taylor later saying that it represented ‘too much of a knee-jerk reaction’.

He shelved it and hurriedly got down to recording a bona fide sophomore album more in the spirit of the debut. But this time, he married the usual complex songcraft with slightly tougher, R’n’B-flavoured grooves and classic ballads, though the lyrical currency was still the panic of unrequited love.

Released in September 2000, Lewis II stands up exceptionally well today. The production is slicker and Taylor’s vocals are a massive improvement on the debut. Opener ‘Party’ is a gripping fusion of Riot-era Sly Stone and Brian Wilson featuring a gloriously haphazard drum machine groove which inexplicably morphs into a blizzard of a capella harmony vocals halfway through (featuring a chord sequence cribbed from Marvin Gaye’s ‘Anna’s Song’).

‘My Aching Heart’ should have been a single, but its tasty harmonies were probably too challenging for the charts. ‘The Way You Done Me’ also initially seems very commercial with its breezy Isley Brothers-ish groove and funky acoustic guitars before you suddenly realise it’s in a very unfunky 7/4 time. Sumptuous ballad ‘Satisfied’ pits unusual instrumentation against classic soul-ballad structure and closes with a majestic guitar solo which almost out-Princes Prince.

The extraordinary title track sounds eerily like an outtake from Marvin Gaye’s Trouble Man while D’Angeloesque ‘Never Gonna Be My Woman’ is the closest the album comes to classic neo-soul. Lewis II closes with two lovelorn ballads of effortless brilliance; ‘Blue Eyes’, apparently written in the spirit of Marvin Gaye’s Vulnerable album, is a lush, slow swinger with some gorgeous noir touches that could have been a showstopper for Gaye. And Taylor completely reboots Jeff Buckley’s ‘Everybody Here Wants You’ to create a dramatic, ethereal soul ballad with a stunning, soaring vocal. And I love that reference to Robert Wyatt’s ‘A Last Straw’.

Sadly, Lewis II wasn’t a big commercial success, not helped by the lack of a single. Taylor’s solo career limped on for another five years with the occasional tour and solo album including the well-received Stoned Part One in 2002. He found time to record a duet with Atlanta-based soul singer Deborah Bond which has recently seen the light of day on the excellent Madame Palindrome album, and has also contributed vocals to a really bizarre psychedelic project The Vicar.

But, for all intents and purposes, Taylor disappeared from the ‘music biz’ in 2006. Like the enigmatic musicians he most admired – Brian Wilson, Syd Barrett, Miles Davis, Marvin Gaye, Scott Walker – Taylor’s silence only served to increase the myth.

The word is that he’s changed his name back to birthname Andrew Taylor and spent some time working as Gnarls Barkley’s musical director and bassist as well as appearing with the reformed Edgar Broughton Band. But it’s just a rumour, you understand…