Album Review: Roscoe Mitchell’s Bells For The South Side 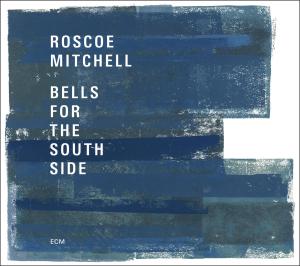 The trio is of course one of the staples of jazz. But legendary Art Ensemble Of Chicago/AACM (Association for the Advancement of Creative Musicians) co-founder, saxophonist and composer Roscoe Mitchell has come up with an ingenious concept on his new ECM double album: he leads four separate trios, then mixes and matches them. Sometimes he fronts one trio, sometimes two or three trios play together. The musicians include men of the moment Tyshawn Sorey and Craig Taborn.

The result is one of the most audacious, singular ‘jazz’ releases of the last decade. Bells For The South Side was recorded live at Chicago’s Museum of Contemporary Art during a festival to celebrate 50 years of the AACM. Unusually for an ECM live album, there is (thankfully) no audience applause between tracks, so there is space instead. And that is really what this music is about: space.

First, those gorgeous few moments of silence that kick off almost all ECM albums. What will end that silence? ‘Spatial Aspects Of The Sound’ emerges: two pianos (played by Sorey and Taborn), bells, flute and percussion in an exciting, beautifully-recorded minimalist piece. Its concept reminded this writer of David Sylvian’s recent There’s A Light that Enters Houses.

On ‘Dancing In The Canyon’, Taborn’s electronics sound like antique modem dial-tones, the prelude to five minutes of furious ensemble playing with a barrage of drums, piano and alto. ‘EP 7849’ kicks off with William Winant’s solo bass drum coming on like some kind of alien communication before Jaribu Shahid unleashes some filthy fuzz-bass tones.

Elsewhere, there are bugle calls, trios for sopranino sax, trombone and trumpet, vicious solo drum sections and even textures that approach Mike Patton and Diamanda Galas’s vocal acrobatics. Less successful is the long track ‘Prelude to the Card Game, Cards For Drums, and the Final Hand’ that kicks off disc two; a duet for microtonal alto sax and cello/bass, interrupted by a pretty underwhelming drum solo that sounds like Tony Williams on downers.

But for the most part, this is ‘no cliché, no chops’ music, a challenge and threat to the established order. But it’s anything but ‘random’ – it feels very structured and arranged. It’s also brave, unique and often difficult, a rarified break from the humdrum stuff we are bombarded with on a day to day basis.