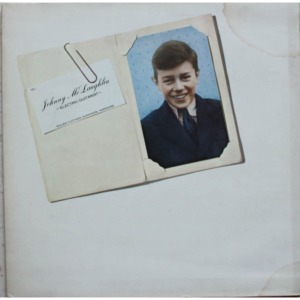 The 1970s were made for such an eclectic and open-eared musician as guitarist John McLaughlin. As blues, rock, free jazz, Eastern scales and psychedelia merged at the end of the previous decade, McLaughlin was perfectly placed to cash in with his distinctive brand of fusion and the world was ready to listen.

Cutting his teeth in the mid to late-‘60s around the jazz clubs of Soho and on the periphery of the British Blues Boom (as well as playing pop sessions for the likes of David Bowie), McLaughlin emerged as a formidable solo artist at the beginning of the ‘70s.

Of course, a stint at Miles Davis University didn’t exactly hamper him either – McLaughlin played on Bitches Brew and several other albums but declined the offer to join Davis’s live touring band.

Following a period playing with another ex-Miles man Tony Williams in Lifetime, McLaughlin – armed with a very loud Les Paul (and bizarre double-knecked axe) – assembled the critically and commercially viable Mahavishnu Orchestra which featured the likes of drummers Billy Cobham and Narada Michael Walden, keyboardist Jan Hammer and violinists Jean-Luc Ponty and Jerry Goodman in its three incarnations. In 1975, McLaughlin ditched the electric guitar for two years to play an all-acoustic mixture of jazz, classical Indian music, flamenco and blues in Shakti alongside violinist L Shankar and percussionist Zakir Hussain.

Always searching, he took stock at the end of 1977 and decided to plug in again. Recorded in New York and Los Angeles, Johnny McLaughlin Electric Guitarist took shape as a tribute to the electric guitar featuring McLaughlin’s key past collaborators. Every track would feature a different lineup and different idiom, from fusion to post-bop. Two years of playing acoustic guitar had sured up McLaughlin’s touch on the electric and widened his artistic horizons too.

On the album’s opener ‘New York On My Mind’, McLaughlin is reunited with his Mahavishnu Mark I cohorts Cobham and Goodman (apparently Hammer was asked to contribute but declined). There are few pyrotechnics here save McLaughlin and Goodman’s unison grace notes and the occasional Cobham salvo around the kit – the overriding influence is gospel and the blues, emphasised by Stu Goldberg’s churchy Hammond and McLaughlin’s majestic, almost Roy Buchanan-esque solo.

‘Friendship’, featuring Carlos Santana, takes part of its melody from Beethoven’s ‘Ode To Joy’ (or is it ‘With A Little Help From My Friends’?) and features one of McLaughlin’s most extreme guitar statements. Santana’s solo sounds rather puny – though typically pretty – in comparison. The tune’s clever arrangement (Santana soloing over the chord changes, McLaughlin over one chord) brings out the best in both guitarists and drummer Walden is cajoled into some powerhouse double-kick playing.

On the ballad ‘Every Tear From Every Eye’, McLaughlin demonstrates an almost Milesian ability to choose bandmates who shouldn’t work well together but somehow do – in this case saxophonist David Sanborn and keyboardist Patrice Rushen. Sanborn valiantly navigates the changes and McLaughlin delivers an astonishing trio of solos, but the piece feels slightly unfinished and hurried. One can’t help wondering how it would have sounded if McLaughlin had enlisted Wayne Shorter, Herbie Hancock, Ron Carter and Williams behind him.

More successful is the John Coltrane tribute ‘Do You Hear The Voices That You Left Behind?’, a fast post-bop rave-up reminiscent of ‘Giant Steps’ featuring some dynamic interplay between drummer Jack DeJohnette and bassist Stanley Clarke. Chick Corea brings some typical intensity to the track, soloing fluidly on Fender Rhodes and Mini Moog, but again it’s McLaughlin who steals with the show with his staccato phrasing and highly original rhythmic clusters; one of his innovations was to start a line on the ‘one AND’ of the bar.

‘Are You The One?’, a fairly formless track featuring ex-Lifetime collaborators Jack Bruce on bass and Tony Williams on drums, is only enlivened the latter’s inventive soloing and McLaughlin’s chattering wah-wah guitar.

The thrilling McLaughlin/Cobham duet ‘Phenomenon: Compulsion’ is as violent as anything in the Sonny Sharrock/James Blood Ulmer canon, McLaughlin’s processed, sludgy guitar rubbing up against Cobham’s trademark eruptions. It shows that McLaughlin could give the avant-gardists a run for their money. The virtuosity on offer somehow makes it an even more perverse piece of music.

And the closing solo guitar take on ‘My Foolish Heart’ is one of McLaughlin’s most unusual and welcome pieces of musicianship. With a drop tuning (the low E string tuned down to an A), judicious use of the thumb, open strings and a canny Leslie speaker effect, he conjures up his own glorious version of Bill Evans’ soundworld.

McLaughlin claims the cover portrait is one of the few photos taken of him as a child! The album stands up today as a fine snapshot of ‘70s jazz featuring some of the decade’s most important players, and also as one of the great jazz guitar albums.

McLaughlin stayed with electric jazz/rock for next album Electric Dreams (enough uses of the word ‘Electric’ already!) with his short-lived One Truth Band before returning to the acoustic guitar between ’79 and ’83. Since then, he has alternated between electric and acoustic music, returning intermittently to his Shakti project, reuniting the Mahavishnu Orchestra, composing and performing his ‘Mediterranean’ guitar concerto, forming an organ trio, touring with Al Di Meola and Paco De Lucia, playing the music of Bill Evans and John Coltrane and currently leading one of the most potent fusion bands of all time.