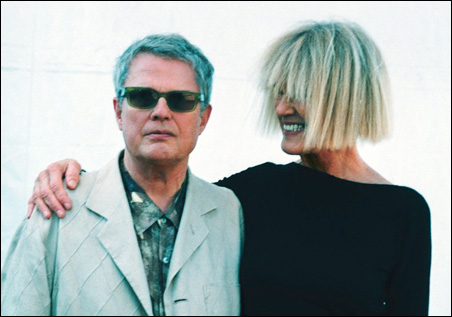 Jazz has a long history of protest, from Max Roach‘s Dr King-inspired We Insist! Freedom Now Suite, through Charles Mingus‘s ‘Fables of Faubus‘, via the civil-right-affirming music of the Free Jazz movement. In 1969, legendary bassist (and major player on the Free scene with Ornette Coleman) Charlie Haden formed The Liberation Music Orchestra as a direct response to the Vietnam War, enlisting Carla Bley to write the arrangements for a stripped-down big band which featured the likes of Gato Barbieri, Don Cherry and Paul Motian. Focusing on politically-themed material, the orchestra has reconvened occasionally over the subsequent decades, this time round featuring an impressive Anglo/American lineup including Andy Sheppard and Jason Yarde on saxes, John Parricelli on guitar and the ever-dapper Matt Wilson on drums.

Haden began the evening with a lengthy, gentle-voiced statement from the back of the bandstand. ‘This band is about politics and music…but let’s try to stay positive,’ he deadpanned, before revealing that he and Bley had first met at New York’s famous Birdland club in 1956. He also mentioned that the first Liberation Music Orchestra album was released during Nixon’s administration, the second during Reagan’s and the third and fourth during two generations of Bush’s. The subtext was clear. 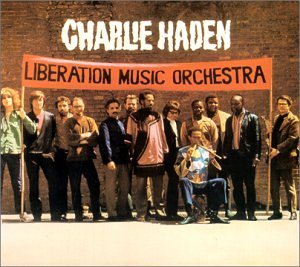 ‘Not In Our Name‘ was a surprisingly gentle opener, a melee of major chords and Cool Jazz timbres, though Yarde unleashed a riproaring solo reminiscent of Eric Dolphy. The Pat Metheny/David Bowie pop hit ‘This Is Not America‘ was reimagined as a jaunty reggae piece; though its rudimentary chord sequence and lack of a ‘B’ section started to pall after a while, Wilson’s clever Afro-Cuban slant, a crisp solo by tenor saxist Tony Malaby and some gently-mocking bugle calls redeemed it.

A quite beautiful suite of music followed, starting with a reharmonised ‘America The Beautiful‘, shaped into a slow, stately tango. The piece then morphed into a fast waltz full of Bley’s trademark fruity horn arrangements, bordering on the burlesque, before a variety of themes jostled for position with excerpts from Ornette Coleman’s Skies Of America and ‘The Anthem of the African National Congress‘. This was Bley and Haden’s collaboration at its best, creating an alternative Americana where military motifs and folky themes merge with barnstorming free jazz.

Powerful renderings of ‘Amazing Grace‘ and ‘We Shall Overcome‘ demonstrated Bley’s love and mastery of gospel and blues forms, but it was Haden’s lament ‘Silence‘ that stole the show, a subtly-building eight-bar composition climaxing with a lyrical, unrelentingly melodic solo from the bassist under a single spotlight. And it was Haden himself who closed the show with another quietly-impassioned speech.

While some of the fire was missing from earlier incarnations of the Orchestra (understandably, as both bandleaders are now into their mid-70s), Bley’s arrangements show that she deserves to be mentioned in the same breath as Ellington, Mingus and Gil Evans in the pantheon of composer/arrangers. There was perhaps not enough solo space for the likes of Andy Sheppard and Jason Yarde, but this was balanced out by the sheer extravagance of the arrangements and interesting use of traditionally ‘non-jazz’ instruments like the French horn and tuba. The Liberation Music Orchestra – these days a subtler form of protest, but still powerful, and still a force for tolerance, acceptance and understanding.